Alice: Which road do I take?

Cheshire Cat: Where do you want to go?

Cheshire Cat: Then it doesn’t matter which road you take!

“As the Cheshire Cat said to Alice, who was lost in a Wonderland fantasy, it doesn’t matter much which road you take if you don’t know where you are going. It is time for Black America to take a good hard look at where they have come from and where they are going. Are they moving forward or standing still? After centuries of participating in protest marches, race riots and demonstrations, and pushing for integration and passage of an endless number of civil rights laws, Black Americans are increasingly sensing that something is wrong. They question whether or not they are on the right road.” 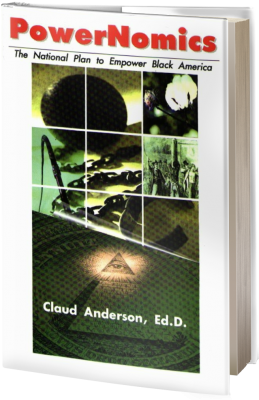 BUY YOUR COPY NOW, AND GET TO WORK!